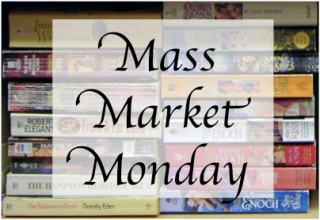 Kiss of Midnight
by Lara Adrian
9780553589375, $7.99, Bantam Dell (Random House)
Gabrielle Maxwell is a photographer with a special gift – she is a magnet for supernatural activity. Drawn to random, apparently abandoned locations around town, she photographs stark landscapes and buildings, creating art for a living. Just one problem: she doesn’t realize she has this gift and so narrowly escapes with her life again and again, often without knowing it. It isn’t until she witnesses a murder outside a club that she is exposed to the realm she has been inadvertently been exploring for years. She is saved from murder herself by Lucan Thorne, a vampire Breed warrior, sworn to protect other vampires and humans from the lawless violence perpetrated by the growing threat of the Rogues. He doesn’t want to involve Gabrielle, and he doesn’t want to get involved with Gabrielle, but when someone on the Rogues’ side recognizes the locations in her photographs, Lucan has to take her into protective custody – his protective custody. They can’t deny their attraction to each other, and though both have dark secrets in their pasts, they must learn to trust the knowledge the other person has if they’re ever going to avenge their fallen brethren and fight against the Rogues.
This is the first book in the Midnight Breed series and I’m looking forward to reading more.
My favorite part was the unique plot tie-in of Gabrielle’s artistic profession. The descriptions of her photographs made me want to go out and take some more photos of abandoned buildings myself.