This is my first week participating in the In My Mailbox meme – partly because I can’t resist yet another way to list the books in my life and partly because I actually received some books in my mailbox this week, thanks to the amazing Holly Ruck, my former Houghton Mifflin Harcourt rep and current friend. THANK YOU so much, Holly! So, without further ado, may I present:

In My Mailbox is a meme hosted by
The Story Siren.
This week, I received: 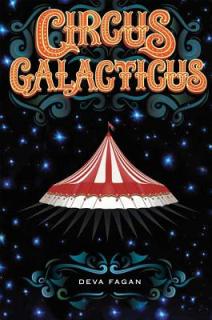 Publisher’s description:
Rebel. Champion gymnast. Intergalactic traveler?
Trix can deal with being an orphan charity case at a snotty boarding school. She can hold her own when everyone else tells her not to dream big dreams. She can even fight back against the mysterious stranger in a silver mask who tries to steal the meteorite her parents trusted her to protect.
But her life is about to change forever. The Circus Galacticus has come to town, bringing acts to amaze, delight, and terrify. And now the dazzling but enigmatic young Ringmaster has offered Trix the chance to be a part of it. Soon Trix discovers an entire universe full of deadly enemies and potential friends, not to mention space leeches, ancient alien artifacts, and exploding chocolate desserts. And she just might unravel the secrets of her own past—if she can survive long enough.

The Star Shard
by Frederic S. Durbin
9780547370255, Houghton Mifflin, $16.99
Middle Grade
*I read this as a manuscript when I was working for HMH – can’t wait to read the final version!
This beautifully written fantasy tackles the issues of slavery and freedom. Twelve-year-old Cymbril is a slave on Thunder Rake, a gigantic wagon city that rolls from town to town carrying goods to be sold by its resident merchants. The Rake’s master purchases a new slave, a mysterious boy named Loric who is one of the magical Fey. Because he can see in the dark, Loric’s duty is to guide the Rake through the treacherous wilderness at night.Cymbril and Loric secretly join forces to plan their escape—soon the two friends thread their way through a series of increasing dangers, encountering an enchanted market and deadly monsters as their one chance for freedom draws nearer.

Outlaw
by Stephen Davies
9780547390178, Clarion (Houghton Mifflin), $16.99
Teen/YA
I really enjoyed Hacking Timbuktu, which came out in 2010, and which I apparently forgot to review. Excited to read more high-octane adventure.
A high-tension, high-tech thriller with an African setting.
Jake and his sister, Kas, whose father is the British ambassador to Burkina Faso, are abducted, bundled into a van, and driven into the unknown. In smartphone contact with his father, Jake learns that the kidnapper with the spider web tattoo is the remorseless outlaw Yakuuba Sor, who is connected to an international terrorist organization. But is he the real Yakuuba Sor? And is Sor really a dangerous criminal? In this fast-paced tale laced with trickery and murder, Jake and Kas discover that with the corrupt local government and British Intelligence arrayed against them, survival in the African desert may be the least of their problems.

One thought on “In My Mailbox”