This really should be subtitled “ode to the ABC book”.

I’m probably not the ONLY person in the world who has a fascination with ABC books, judging by the number of them a) available, and b) recently published, but I’m finding that the ones I find absolutely, stunningly, drop-dead, a full 10, gorgeous (!), are not ones that fly off my shelves. So, I keep ordering them in and sending them back out, and sighing over them, and spending too much money adding them to my collection, and now, I’m going to bombard you with them too. Enjoy! 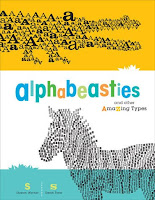 The illustrations are comprised of the letters it takes to spell that animal. For instance: MONKEY.

To see them all, go here.

To continue on the “type is amazingly cool” theme, check out Alphabeasties and Other Amazing Types by Sharon Werner and Sarah Forss. In this one, the animals are formed by the first letter of their name in different type fonts. Swoon. 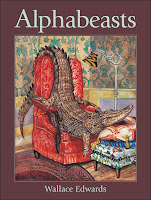 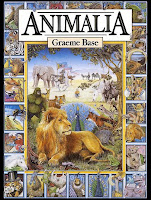 Now, not to be too confusing, but after Alphabeasties comes Alphabeasts by Wallace Edwards, featuring intricately drawn illustrations of an animal whose name begins with whatever letter s/he’s posing for, which is not to be confused with Graeme Base‘s tongue-twister Animalia, the illustrations of which are possibly even more intricate than Edwards’s, but with the caveat that there’s more than one ‘letter’ thing in each illustration. 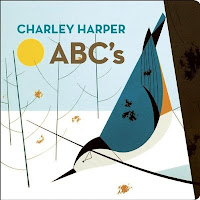 For something really different, look for really retro design by Charley Harper. In both a chunky and a skinny ABC book version.

And last, but not least,
the most recently released
(so sorry that rhymed): 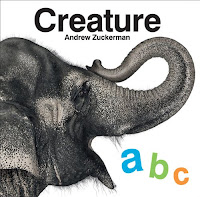 Creature ABC by Andrew Zuckerman
(which, incidentally, also comes in a really vibrant floor puzzle version that I would have loved as a kid)

P.S. I get props for not mentioning a single B is for Baseball type of book in here. Cause you know I wanted to. But I’m in baseball mourning at the moment. I’m sure you understand. Next year in the holy land.