This is a “repost”, similar to a “retweet” on Twitter (follow me @rebf). Emily’s Reading Room had an inspiring post recognizing the “good guys” of young adult fiction, as opposed to those moody, smoldering, dangerous “bad boys” everyone seems to fall for.

Obviously this made me question who my own top “good guys” of YA lit are, and these are a few names I came up with: 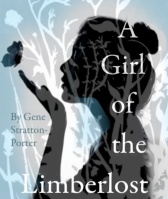 1. Philip Ammon from Gene Stratton-Porter’s A Girl of the Limberlost, one of my top 5, all-time, desert island, favorite books. He’s engaged to Edith, but he tries so hard to be a good guy and do the right thing to be worthy of loving Elnora. And of course, if I’m thinking of Philip, I have to put in Freckles, the title character from GSP’s Freckles, and the Harvester, the title character from GSP’s The Harvester. Really, all of her men are worthy “good guys”.

2. Bookish Mac over fast and lose Charlie in Louisa May Alcott’s Eight Cousins and A Rose in Bloom finally wins Rose’s much-deserved love. And yes, I have a soft spot, in part, due to his bookish nature.

3. T. C. Keller from My Most Excellent Year by Steve Kruger. He loves baseball, has a great relationship with his dad, recites a standing address at the high school talent show to impress the girl, and he’s cute to boot.

4. Poor Arthur Dent in A Hitchhiker’s Guide to the Galaxy by Douglas Adams. He didn’t know what hit him when his planet was blown up, and he’s dragged back and forth between one end of the universe to the other. What a relief when he finds a love interest. He deserves it after being such a good sport.

Who are your favorite good guys?

3 thoughts on “RePost: The "Good Guys" of YA Literature”