In 2016, I read 132 books (that I remembered to record on Goodreads. I’m sure one or two slipped by somewhere). Many factors contributed to this high number, though yes, I do read quickly. I spent half of 2016 in New Zealand, traveling around, working in hotels and hostels, and then spent the other half of 2016 almost exclusively in planes, trains, and automobiles traveling from one US college campus to another. There’s a lot of time to read when you’re traveling. Especially with these handy-dandy phones and tablets that have so many e-reader apps, and the fact that I belong to at least 4 libraries with e-book programs.

Pre-New Zealand, I was strictly a real book girl, preferably purchased from a brick-and-mortar independent bookstore. Post-New Zealand, I’m still a staunch indie supporter (THAT will never change), but I now thank my lucky stars that e-books were invented, because how would I otherwise carry the selection of books with me that I must have wherever I go?

That said, nothing could replace the feel of a real book: the smooth paper, perhaps ending in a deckle edge that’s fun to fan; the weight of it in your lap or falling on your face if you’re reading in bed; the ability to underline, make a note, dog-ear a page (yes, I’m one of those horrible people) as you read along; and most importantly, the way you proudly announce to the world the book you’re currently enjoying.

Of course, there are some books whose covers I might not want to proudly display to the world, and so I’m doubly grateful to read my bodice-rippers in the privacy of my app, thank you very much.

Two of the other reasons my numbers are high for 2016, is that 1) I did a lot of rereading and 2) I focused on series. Actually, I combined the two by rereading the entire IN DEATH series by JD Robb (aka Nora Roberts), and things sort of snowballed from there. When you’re in the world of a series, I believe you can read faster, as you’re already immersed in the characters and setting and so your brain doesn’t have to take the same time to adjust. That’s just my theory, but it seems to work for me. I breeze through them at a frantic pace, and then have to adjust to the whiplash when it’s all over.

While I don’t regret the pulpy mysteries, sleazy romances, or supernatural slashers, I also believe those read a little more quickly for me, and so I’m anticipating having read a few fewer books at the end of this year, as I declare,

Clearly I’ll still sneak the occasional novel (actually, the first book I read this year was Jayne Ann Krentz‘s most recent, WHEN ALL THE GIRLS HAVE GONE), but I’d like to try to broaden my reading horizons by picking up more non-fiction this year. The title of this blog is Wildly Read, because I can at least claim to be wildly, if not widely, read, but I’d like to be a little more wide, strictly in the book sense, this year.

Luckily, I’m off to a great start! Before 2016 had ended, I had started Jared Diamond‘s GUNS, GERMS, AND STEEL: THE FATES OF HUMAN SOCIETIES, and my partner and I are reading out loud together IVORY VIKINGS: THE MYSTERY OF THE MOST FAMOUS CHESSMEN IN THE WORLD AND THE WOMAN WHO MADE THEM by Nancy Marie Brown. My partner is reading COLLAPSE: HOW SOCIETIES CHOOSE TO FAIL OR SUCCEED, another Diamond book, so we’ll switch when we’re done. I can’t say enough about how fun it is to share the excitement of books with your significant other, so I’ll write that one smug line and let it go. 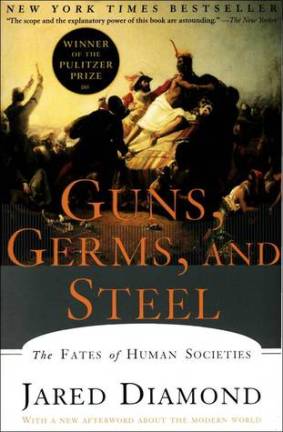 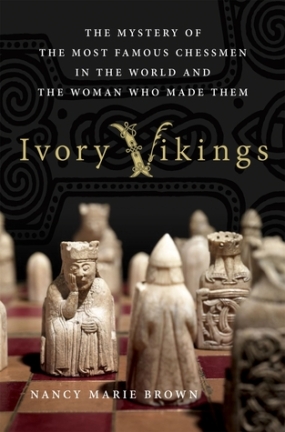 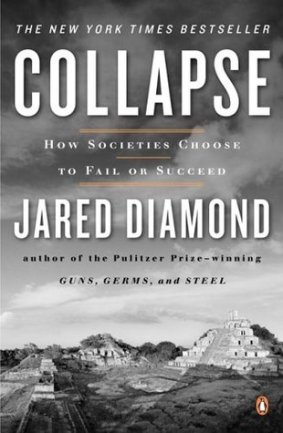 Back on the road again for work, and I stopped into the Raleigh airport’s 2nd Edition Booksellers, a wonderful second-hand shop right in terminal 2, near the D gates. While there, I picked up THE DEAD BEAT: LOST SOULS, LUCKY STIFFS, AND THE PERVERSE PLEASURES OF OBITUARIES by Marilyn Johnson. This is my first Marilyn Johnson book, but it got me thinking about other other non-fiction female writers, especially when I realized IVORY VIKINGS was also written by a woman.

I’ve been a long-time fan of Sarah Vowell, who writes delightful political treatises (no, that’s not an oxymoron) that bring the past and present together while swirling around a central subject like Lafayette or Hawaii. 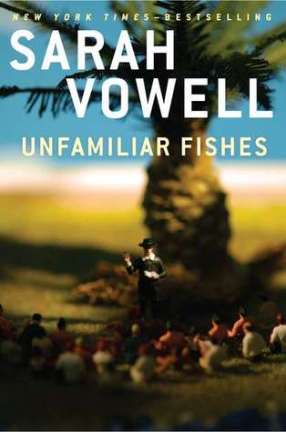 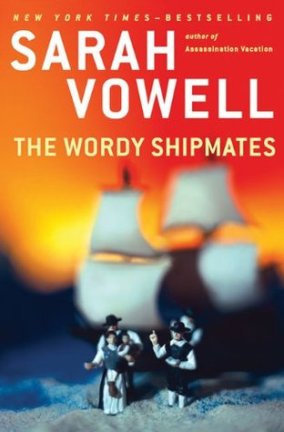 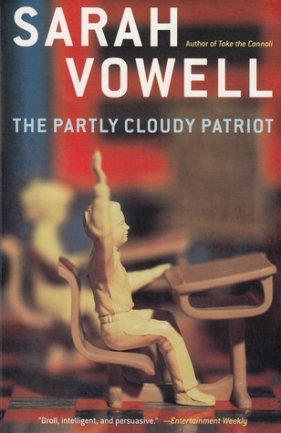 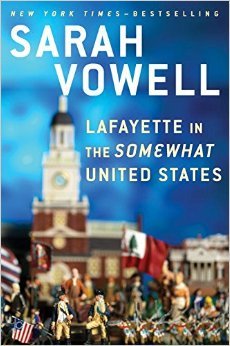 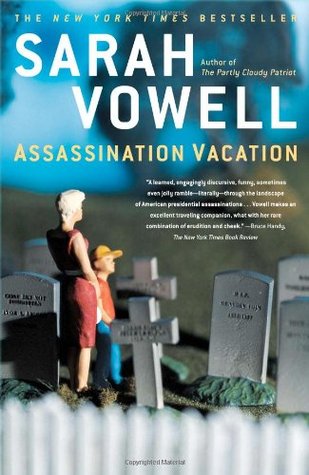 Mary Roach is another favorite, having read STIFF: THE CURIOUS LIVES OF HUMAN CADAVERS a few years ago, and I’ve wanted to pick up more of her work since. I’m not sure if I’ll be reading her latest, GRUNT: THE CURIOUS SCIENCE OF HUMANS AT WAR, as war is not my favorite subject, but that’s also partly the point of reading non-fiction this year: to gain a fresh perspective on a topic I thought I knew something about. 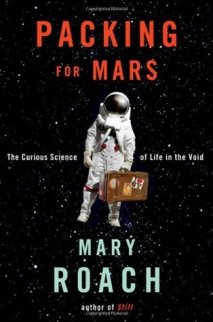 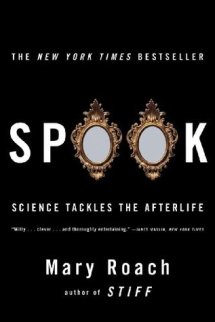 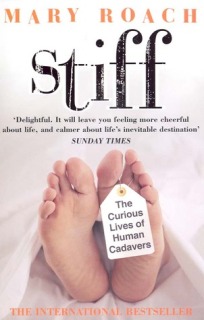 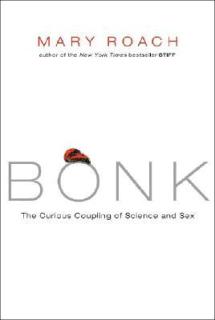 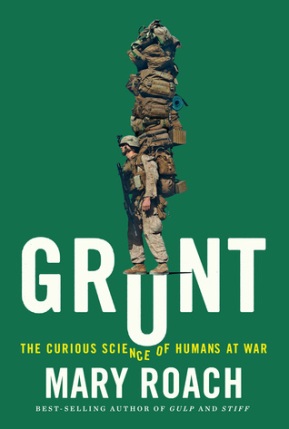 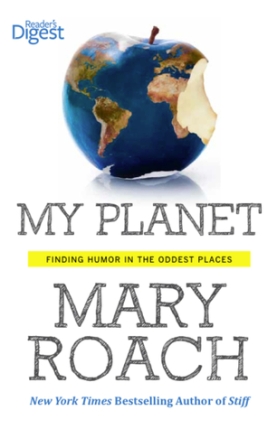 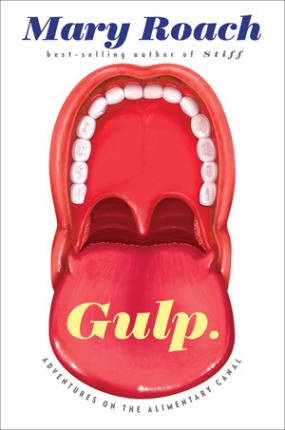 So, I’ve got politics/history covered, I’ve got hard sciences covered, and now that I’ve discovered Marilyn Johnson, I seem to have social science covered as well. One of the reasons I purchased THE DEAD BEAT is that in looking Ms. Johnson up on Goodreads, I saw that she had two other books about topics I adore: librarians and archaeologists. Having worked on digs and in libraries, you can imagine my excitement level. 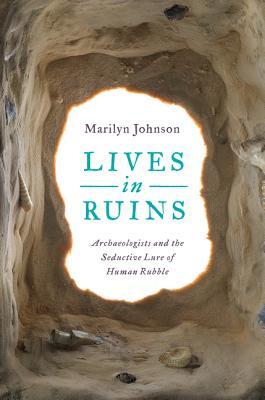 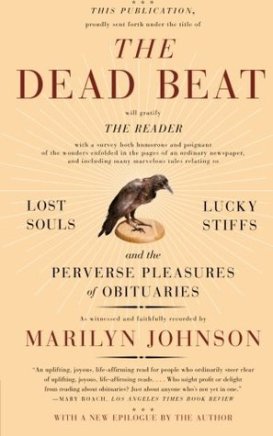 The truly wonderful thing about this is that I hardly had to try to find female non-fiction writers. I almost can’t believe my luck, which is why my first 2017 non-fiction post is about this phenomenon. In addition, when I went back through the history of this blog, while I’ve reviewed only an embarrassing three (!) non-fiction books on here, two of them have been by women: 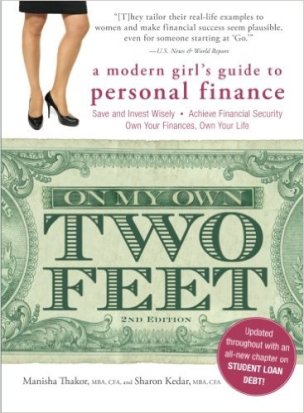 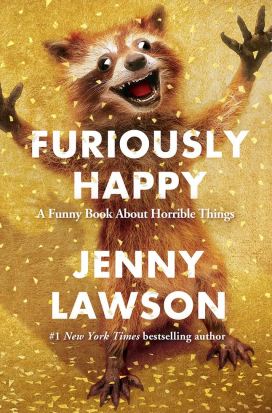 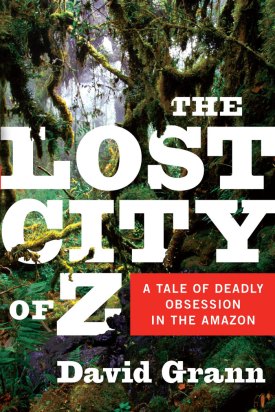 Now, it’s true that all but one of these women authors is white, but it’s a starting point. So, that said,

What non-fiction books do YOU recommend for 2017?

Writers of color, female or transgender, from a country other than the US are all a bonus, but ultimately I’m looking for engaging non-fiction on any and every topic. Ready, set, go! 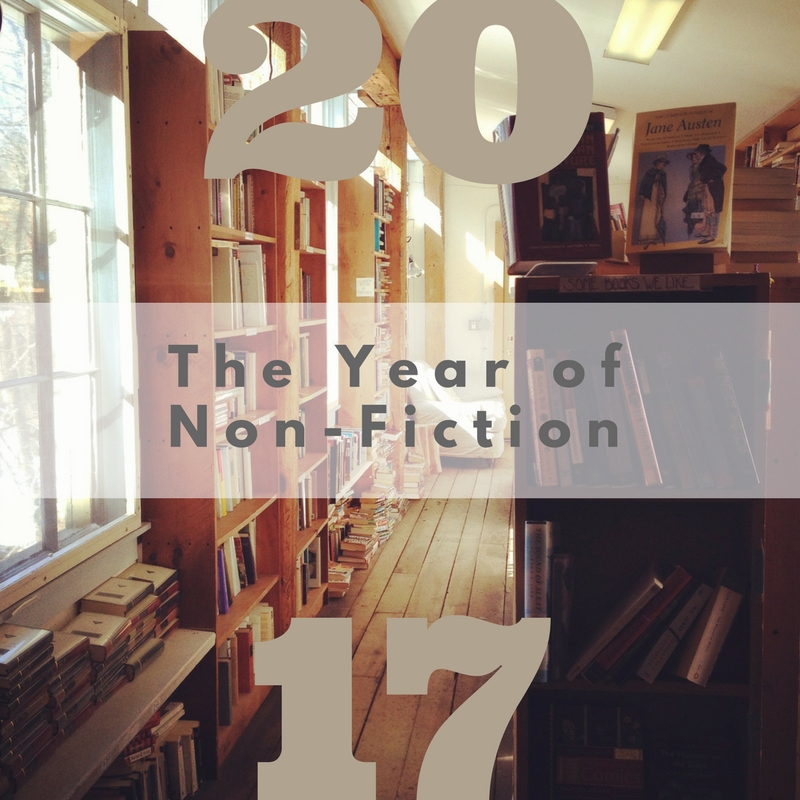