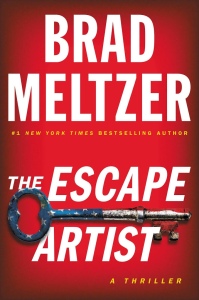 Who is Nola Brown?

Nola is a mystery

And Nola is supposed to be dead.

Her body was found on a plane that mysteriously fell from the sky as it left a secret military base in the Alaskan wilderness. Her commanding officer verifies she’s dead. The US government confirms it. But Jim “Zig” Zigarowski has just found out the truth: Nola is still alive. And on the run.

Zig works at Dover Air Force Base, helping put to rest the bodies of those who die on top-secret missions. Nola was a childhood friend of Zig’s daughter and someone who once saved his daughter’s life. So when Zig realizes Nola is still alive, he’s determined to find her. Yet as Zig digs into Nola’s past, he learns that trouble follows Nola everywhere she goes.

Nola is the US Army’s artist-in-residence-a painter and trained soldier who rushes into battle, making art from war’s aftermath and sharing observations about today’s wars that would otherwise go overlooked. On her last mission, Nola saw something nobody was supposed to see, earning her an enemy unlike any other, one who will do whatever it takes to keep Nola quiet.

Together, Nola and Zig will either reveal a sleight of hand being played at the highest levels of power or die trying to uncover the US Army’s most mysterious secret-a centuries-old conspiracy that traces back through history to the greatest escape artist of all: Harry Houdini.

WildlyRead Review: Clever and accurate title. Well-written thriller, plot-wise. But it’s entirely a book written by a man that is supposed to be about a woman but is actually about a man instead. The marketing is well-done but inaccurate. This book is about Zig, and tangentially about Nola Brown. It would be nice to actually read a book about Nola who sounds like she would be a fascinating character if she was ever described in a manner that was not in relation to another male. Perhaps we could see her thought process and development as a fully-realized human being and character, instead of how it relates solely to Zig’s understanding or in relation to her adoptive father’s moods.

Also, in a book that addresses Nola’s complexion almost purely through the racial slurs aimed at her by her adoptive father, I’m also not okay with how the assassin is described as Native American (though the author did deign to specify a tribe in there, once – again, accompanied by stereotypical circumstances). If you’re truly going to give voice to or raise up an indigenous person as a character, refer to them as their tribe, not the catch-all. Why make mention of a race at all, if that’s the case? What depth did it add to the character? I despise writing peppered with characters of color simply to seem inclusive while actually singling that out as an exotic trait and perpetuating clichéd stereotypes.

The plot holds up, though is predictable by the end. The rest does not. This was my first, and most likely my last, Brad Metzler.