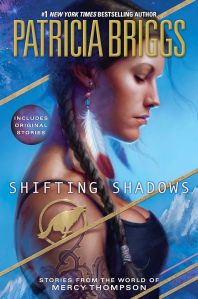 I highlighted this book during a previous Waiting on Wednesday post, but here it is fresh as it is out today.

A collection of all-new and previously published short stories featuring Mercy Thompson, “one of the best heroines in the urban fantasy genre today” (Fiction Vixen Book Reviews), and the characters she calls friends.

These descriptions of the included stories comes from the author’s website: